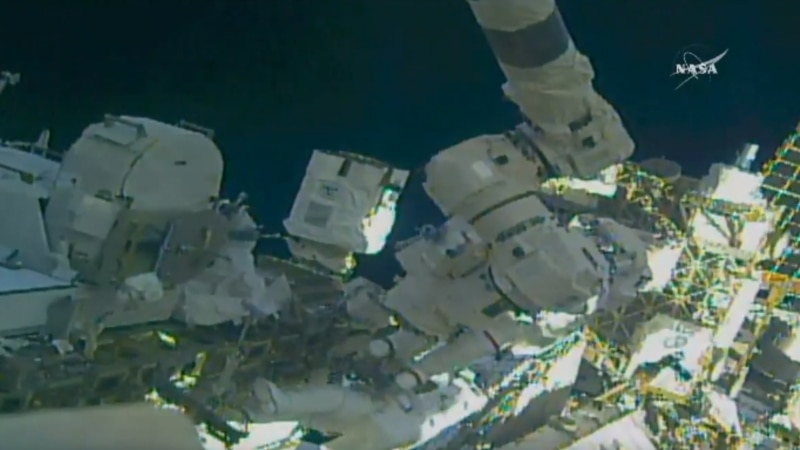 As the federal government geared back up 250 miles below, NASA astronauts Mark Vande Hei and Scott Tingle floated outdoors to install the new mechanical gripper.

Because of the lingering effects of the government shutdown, the spacewalk got started in the morning without live coverage on NASA TV. An on-air message simply stated: “We regret the inconvenience.” Nearly an hour into the spacewalk, however, NASA TV came alive and began broadcasting the event with typical blow-by-blow commentary.