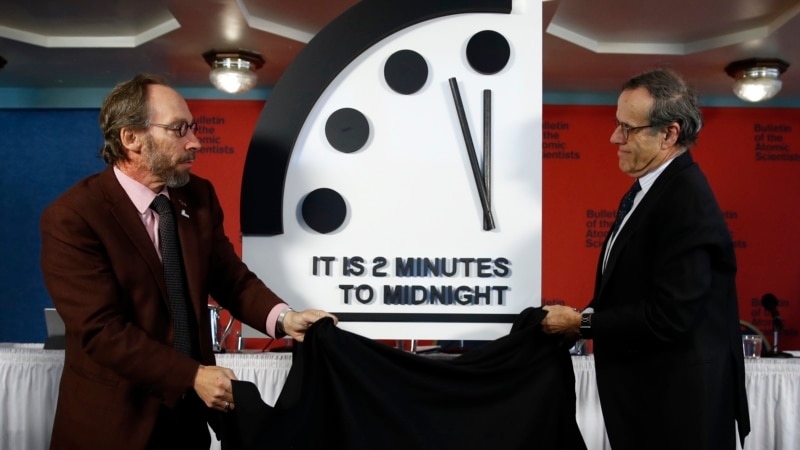 A group of scientists have moved the hands of the closely watched “Doomsday Clock” to two minutes to midnight, reflecting strong concern about recent geo-political events.

“We have made a clear statement the world is getting more dangerous,” theoretical physicist Lawrence Krauss of Arizona State University told reporters Wednesday at the National Press Club.

The annual symbolic warning on the risk of global annihilation goes back to 1947 at the dawn of the atomic age,

“It is as close as it has ever been to midnight in the 71-year history of the clock,” explained Krauss, just after the announcement that the hands read more >>>