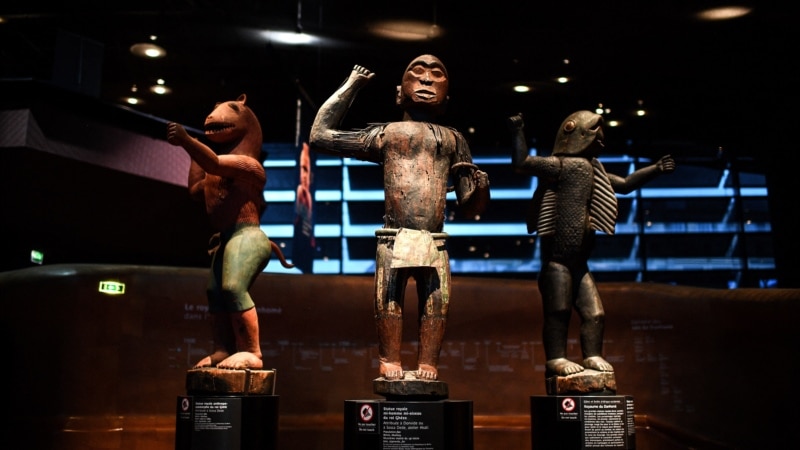 In a decision with potential ramifications across European museums, France is displaying 26 looted colonial-era artifacts for one last time before returning them home to Benin.

The wooden anthropomorphic statues, royal thrones and sacred altars were pilfered by the French army in the 19th century from Western Africa.

President Emmanuel Macron suggested that France now needed to right the wrongs of the past, making a landmark speech in 2017 in which he said he can no longer accept “that a large part of many African countries’ cultural heritage lies in France.” It laid down a roadmap for the controversial return of the details ⇒