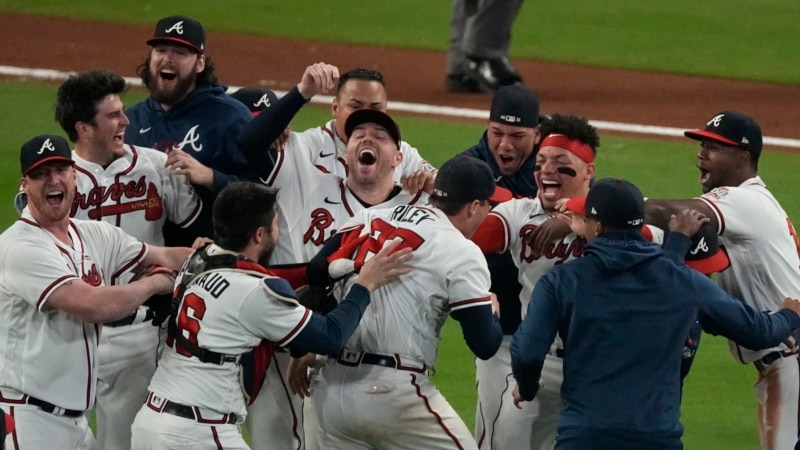 Led by an unlikely hero, the Atlanta Braves are heading back to a place that used to be so familiar to them.

Eddie Rosario capped a remarkable National League Championship Series with a three-run homer, sending the Braves to the biggest stage of all with a 4-2 victory over the defending champion Los Angeles Dodgers on Saturday night.

The Braves won the best-of-seven playoff four games to two, exorcising the demons of last year’s NLCS — when Atlanta squandered 2-0 and 3-1 leads against the Dodgers — and advancing to face the AL champion Astros.