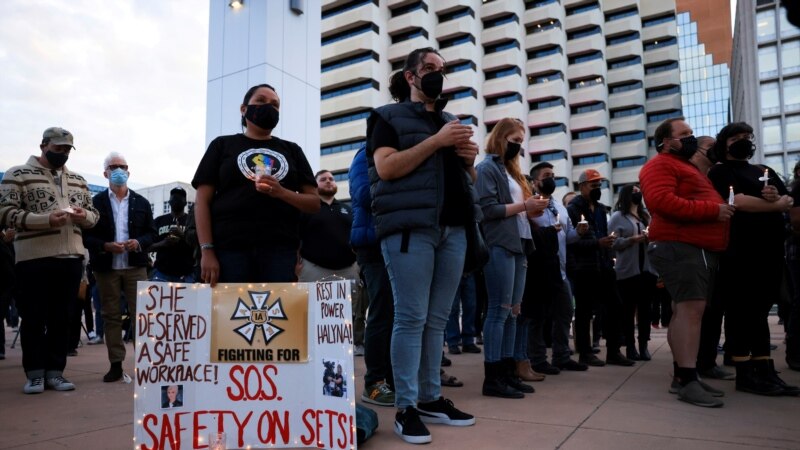 Calls were growing Sunday to ban the use of firearms in movie-making, as Hollywood struggled to come to terms with Alec Baldwin’s fatal on-set shooting of cinematographer Halyna Hutchins.

A memorial service will be held Sunday for 42-year-old Hutchins, who was struck in the chest when Baldwin fired a prop gun during the filming of the low-budget Western “Rust.” She died shortly after the incident Thursday in New Mexico.

Director Joel Souza, 48, who was crouching behind her as they lined up a shot, was wounded and hospitalized, then released.