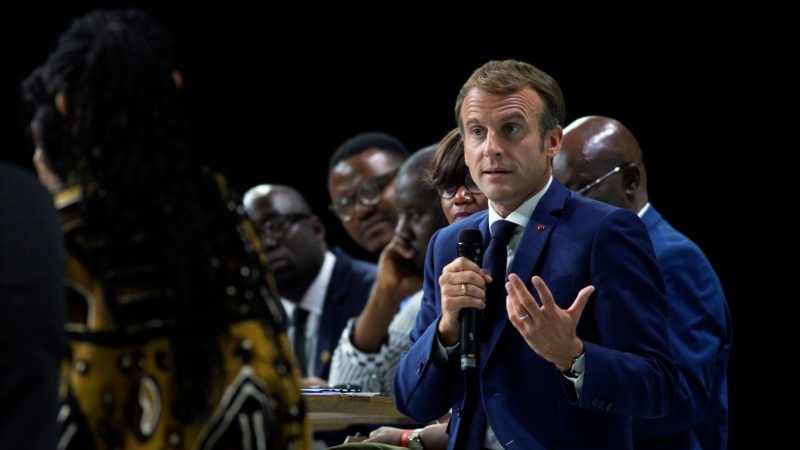 French President Emmanuel Macron said Friday that his country will return 26 African artworks — royal thrones, ceremonial altars, revered statues — to Benin later this month, part of France’s long-promised plans to give back artwork taken from Africa during the colonial era.

Discussions have been under way for years on returning the artworks from the 19th century Dahomey Kingdom. Called the “Abomey Treasures,” they currently are held in the Quai Branly Museum in Paris. The museum, near the Eiffel Tower, holds thousands of works from former French colonies.