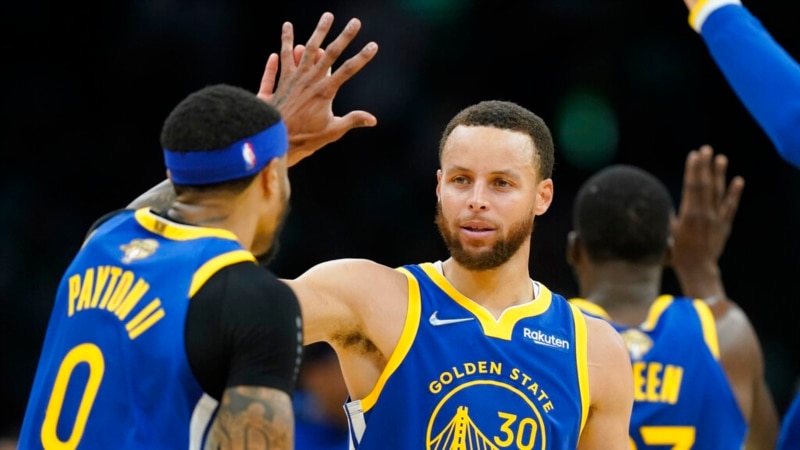 The Golden State Warriors triumphed over the Boston Celtics on Thursday with a 103-90 victory in Game Six of the NBA Finals in Boston, marking the fourth time the Warriors have won the trophy in eight years.

The Warriors’ victory came just two seasons after finishing at the bottom of the league, following injuries to star players Stephen Curry and Klay Thompson.

Curry and Thompson were at the top of their game Thursday, however, with Curry scoring 34 points, while Thompson scored 12 points on 5 of 20 shooting in the championship finale. The two players hugged each other at the final details ⇒