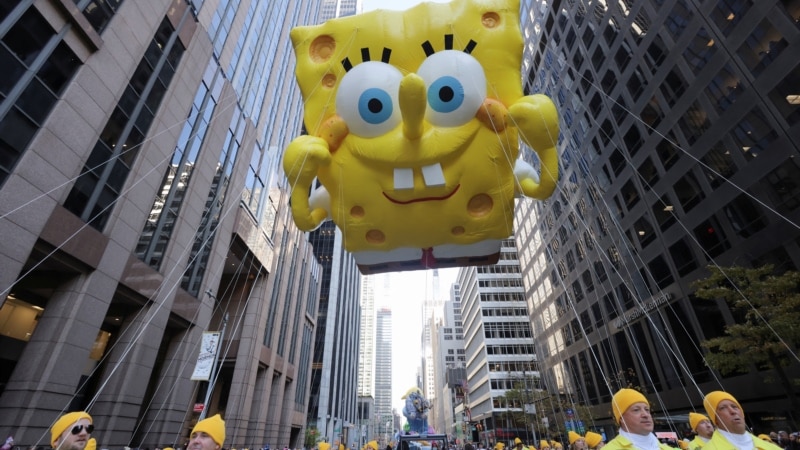 Throngs of spectators lined the streets of New York on Thursday as colorful, high-flying balloons helped usher in the holiday season during the Macy’s Thanksgiving Day Parade.

The annual tradition, which dates back nearly a century, packed streets as a procession of giant inflatables and floats streamed for more than 40 blocks from Central Park to Herald Square.

Children balanced atop metal barricades and hung from scaffolding to watch the balloons amid mostly sunny skies and a slight breeze.

“Blue, Blue. There’s Blue,” yelled Divyam Kumar, 6, as his father helped balance him and his 4-year-old brother Aanu Aryan on a metal rail.