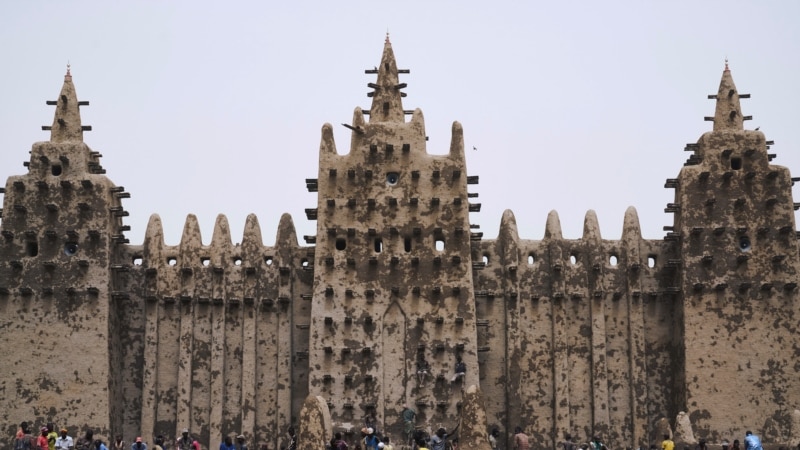 Experts say Mali’s struggle against Islamist militants is putting its World Heritage sites at risk. For the first time in modern history, officials say, the annual replastering of the mud mosque in the town of Djenné in central Mali will likely be canceled because of security concerns. The concerns cast doubt onto the government’s claim it is winning the fight against terrorism.

The Great Mosque of Djenné  is the largest mud brick building in the world and was a main attraction in Mali’s formerly thriving tourism industry.

Each year the mosque is replastered in an event known as the “crépissage.” This year, details ⇒