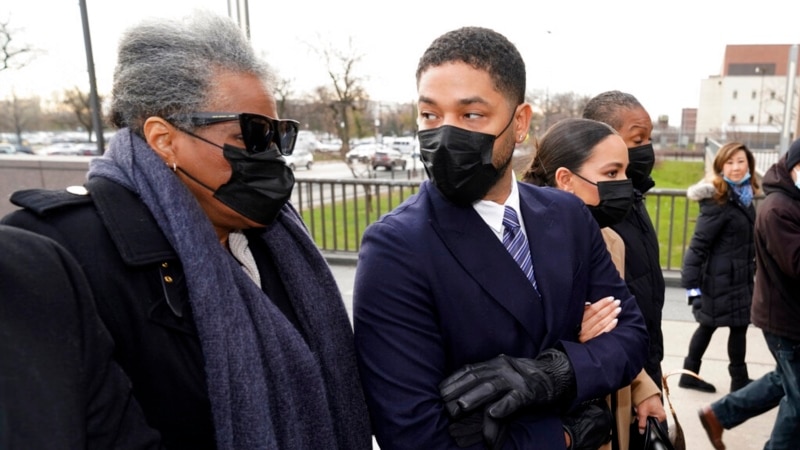 A jury was seated Monday to hear the case against Jussie Smollett, who says he was the victim of a racist and homophobic assault in downtown Chicago that authorities say was a hoax concocted and staged by the former “Empire” actor.

Two brothers, who worked with Smollett on the TV show, say he paid them $3,500 to pose as his attackers on a frigid night in January 2019. The men now stand at the center of the case that prosecutors will lay before jurors this week.

Smollett, who arrived at the courthouse in Chicago on Monday with his mother and other family details ⇒