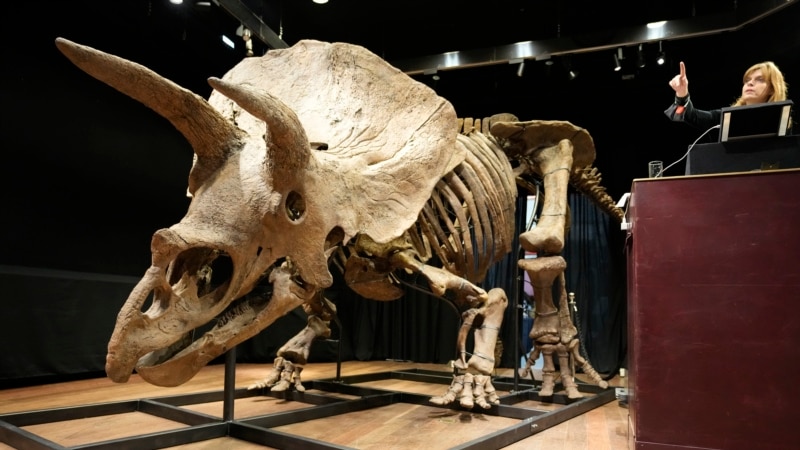 The largest triceratops skeleton ever found was sold for $7.74 million Thursday at an auction in Paris to a private American collector.

In a statement on its website, the Drouot auction house said the fossilized remains of “Big John,” as the skeleton is known, was expected to go for between $1.4 and $1.7 million. But they said the prehistoric remains aroused the enthusiasm of bidders onsite at the auction house, on the phone and online.

An anonymous U.S. collector finally won the bidding battle. A representative for the buyer told reporters “the individual is absolutely thrilled with the idea of being able details ⇒