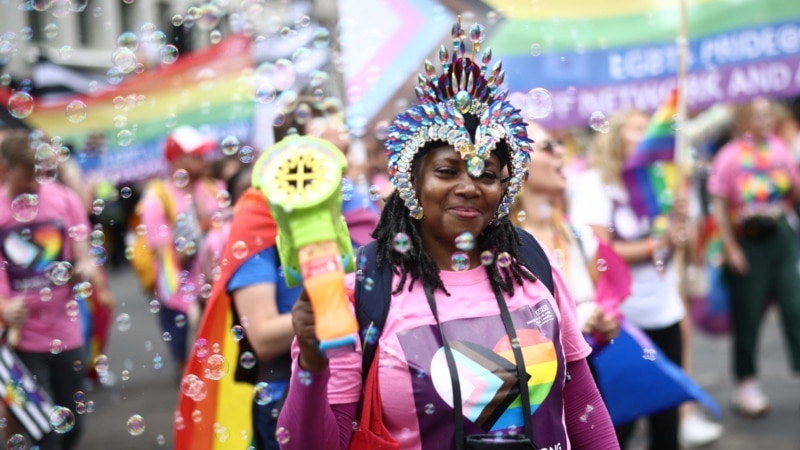 London Saturday celebrated the 50th anniversary of its first Pride parade, marking half a century of progress in the fight for equality and tolerance but with warnings that more still needs to be done.

Several hundred people took part in the first march July 1, 1972, just five years after homosexuality was decriminalized in the U.K.

Fifty years on, more than 600 LGBTQ+ groups danced, sang and rode floats along a similar route to the original protest, in the first Pride since the coronavirus pandemic, watched by huge cheering crowds.