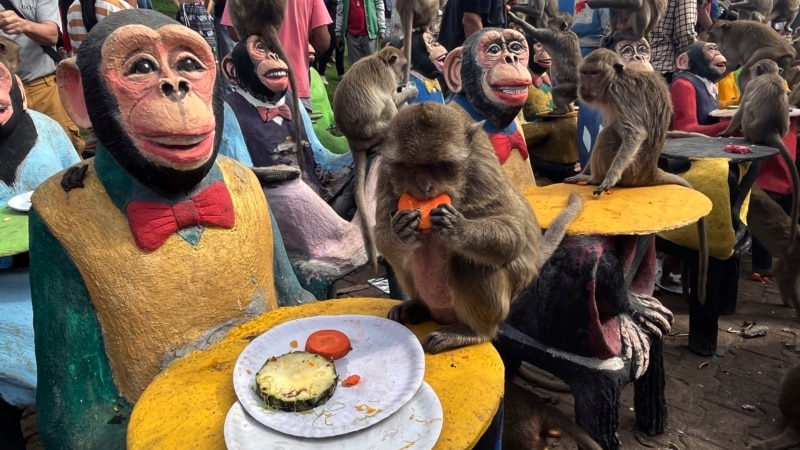 A meal fit for monkeys was served on Sunday at the annual Monkey Feast Festival in central Thailand.

Amid the morning traffic, rows of monkey statues holding trays were lined up outside the compound of the Ancient Three Pagodas, while volunteers prepared food across the road for real monkeys — the symbol of the province around 150 kilometers north of Bangkok.

Throngs of macaque monkeys ran around, at times fighting with each other, while the crowds of visitors and locals grew.

As the carefully prepared feast was brought toward the temple, the ravenous creatures began to pounce and were soon devouring the largely details ⇒