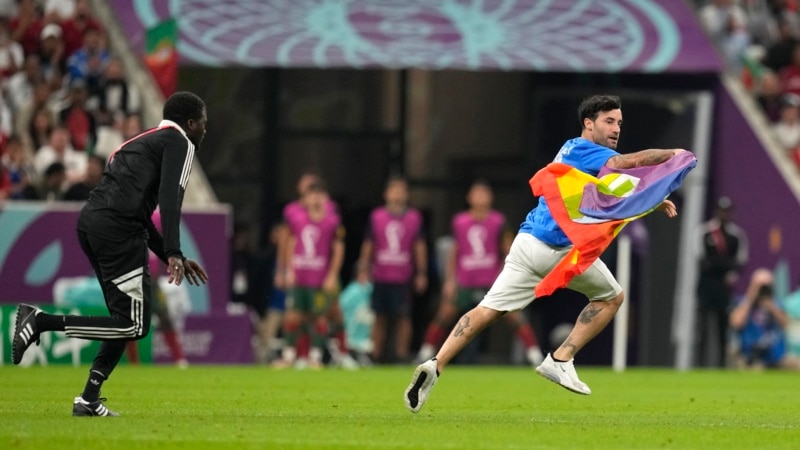 A protester ran onto the field Monday carrying a rainbow flag and wearing a blue Superman T-shirt that said, “SAVE UKRAINE” on the front and “RESPECT FOR IRANIAN WOMAN” on the back during a World Cup match between Portugal and Uruguay.

Security officials chased the protester down, and the flag was dropped on the field before the person was escorted off the field. The referee then picked up the flag and left it on the sideline, where it stayed for a few moments before a worker came and collected it.

The spectator was ushered away through a tunnel. It wasn’t immediately clear details ⇒