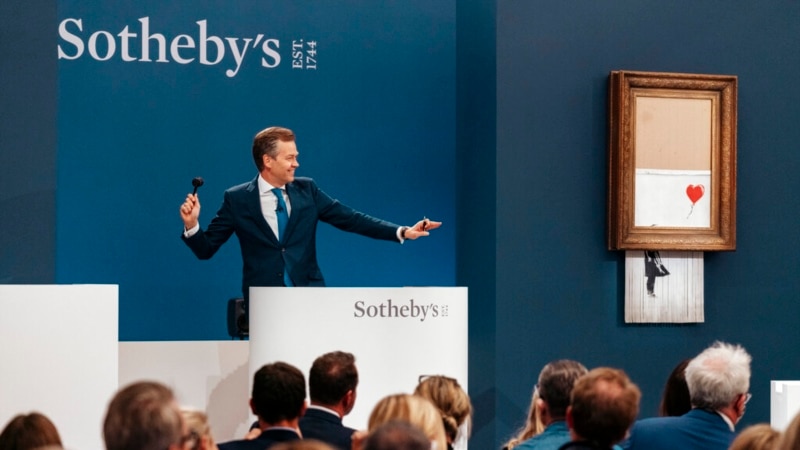 A work by British street artist Banksy that sensationally shredded itself just after it sold at auction three years ago fetched almost 18.6 million pounds ($25.4 million) on Thursday — a record for the artist, and close to 20 times its pre-shredded price.

“Love is in the Bin” was offered by Sotheby’s in London, with a presale estimate of 4 million pounds to 6 million pounds ($5.5 million to $8.2 million).

After a 10-minute bidding war involving nine bidders in the saleroom, online and by phone, it sold for three times the high estimate to an undisclosed buyer. The sale price of details ⇒