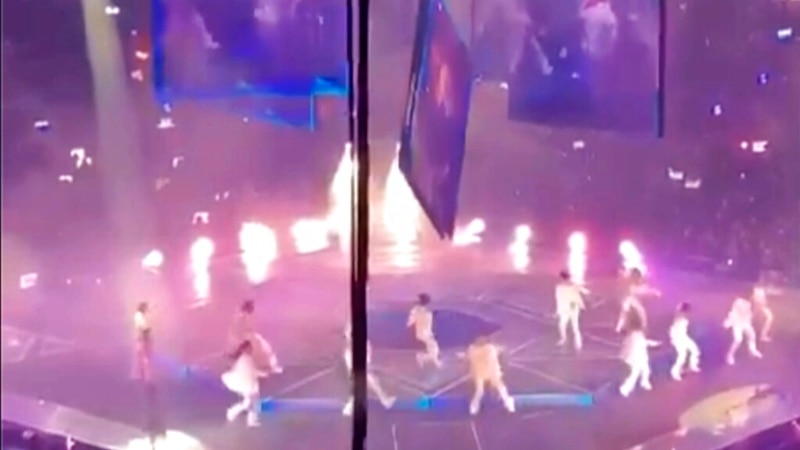 A huge video panel fell on the stage during a concert by popular Hong Kong boy band Mirror on Thursday, crushing one performer and trapping others, prompting a government investigation and the suspension of future shows.

At least two dancers were injured, with one in a serious condition and the other stable, local broadcaster RTHK reported.

Three members of the audience were also injured, local media reported, with many fans emotional after the harrowing scenes.

“I am shocked by the incident. I express sympathy to those who were injured and hope that they would recover soon,” Hong Kong Chief Executive John Lee said details ⇒