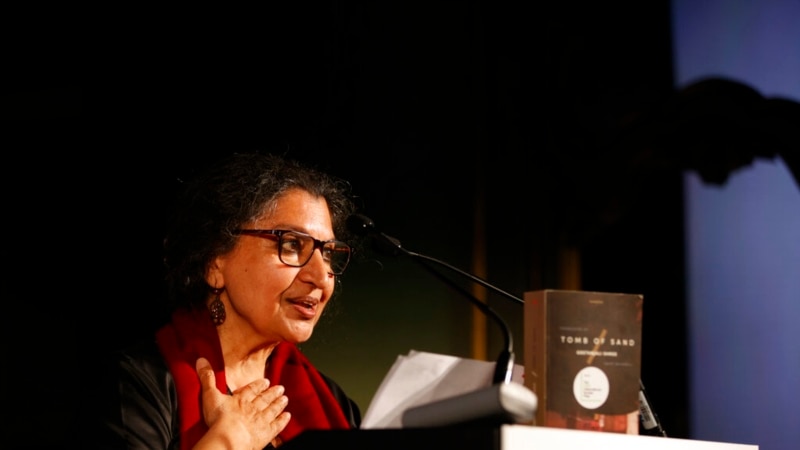 Originally written in Hindi, it’s the first book in any Indian language to win the high-profile award, which recognizes fiction from around the world that has been translated into English. The $63,000 prize money will be split between New Delhi-based Shree and Rockwell, who lives in Vermont.

The book tells the story of an details ⇒