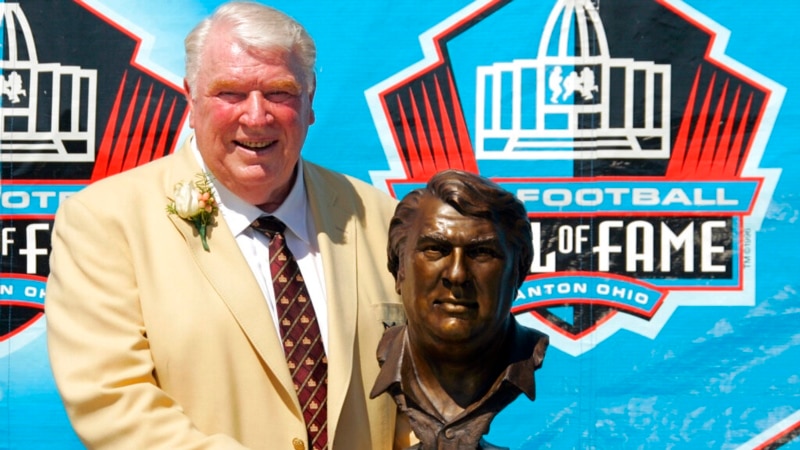 The league said he had died unexpectedly, and it did not provide a cause.

Madden gained fame in a decadelong stint as the coach of the renegade Oakland Raiders, making it to seven AFC title games and winning the Super Bowl following the 1976 season. He compiled a 103-32-7 regular-season record, and his .759 winning percentage is the best among NFL coaches with more than 100 games.