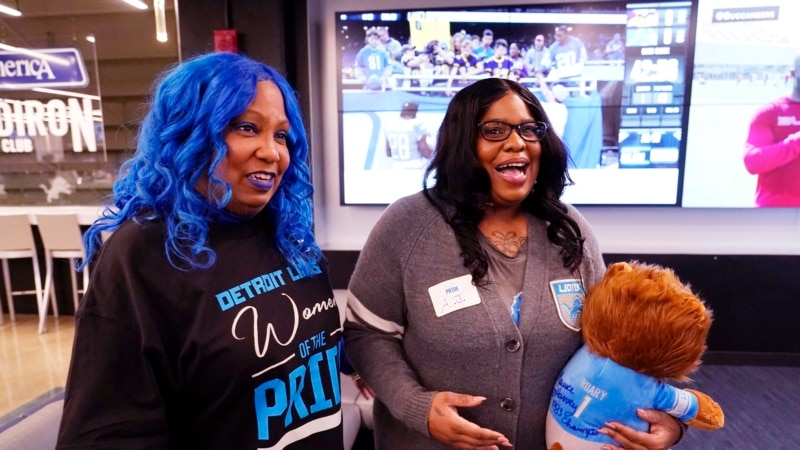 Verdell Blackmon showed up for a recent NFL game and left no doubt who she was cheering for that afternoon.

Blackmon’s hair, makeup, nails and dress were bright hues of blue, and Detroit Lions Women of the Pride was printed on her black shirt.

The Lions season ticket holder was one of about 50 women in the team’s Women of the Pride group who attended a pregame party at Ford Field and witnessed Detroit’s first win of the season against Minnesota last month.

Earlier this season, the Women of the Pride had access to the turf before Detroit played at Green Bay and details ⇒