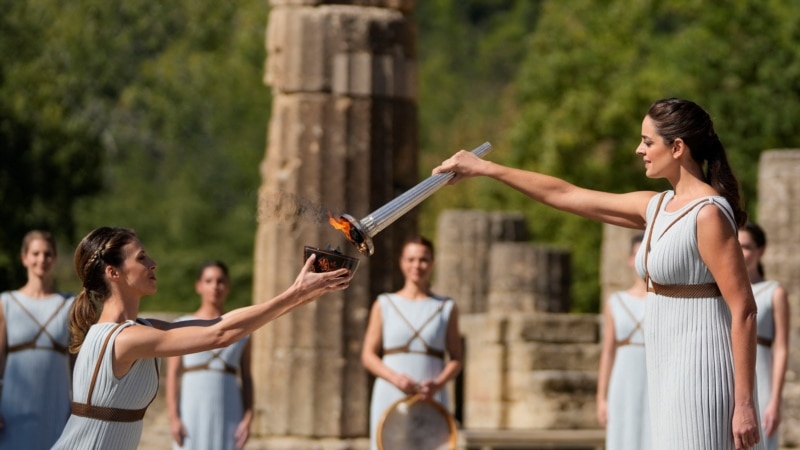 Three protesters carrying a Tibetan flag and a banner that said “No genocide games” attempted to disrupt the flame-lighting ceremony for the 2022 Beijing Winter Olympics Monday.

The protesters, who are calling for a boycott of the games, tried to gain access to the ceremony at the Temple of Hera in Greece, the birthplace of the ancient Olympics, but were quickly detained.

“How can Beijing be allowed to host the Olympics given that they are committing a genocide against the Uyghurs?” one protester said, in reference to China’s treatment of the Uyghur Muslims in the Xinjiang region.

China denies any mistreatment of the details ⇒