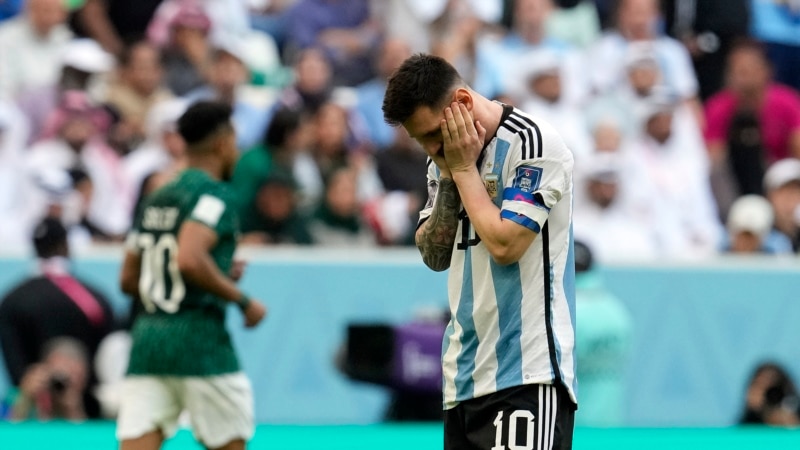 Saudi Arabia scored a major upset win Tuesday with a 2-1 victory over Argentina in their opening match at the men’s World Cup in Qatar.

Argentina entered the tournament as the third-ranked team in the world, with Saudi Arabia ranked number 51.

Lionel Messi put Argentina ahead in the tenth minute with a goal on a penalty kick, and Argentina looked to be in control of the game despite having multiple goals negated by offsides calls.

But Saudi Arabia mounted a quick comeback in the second half, evening the score with a 48th-minute goal by Saleh Alshehri.