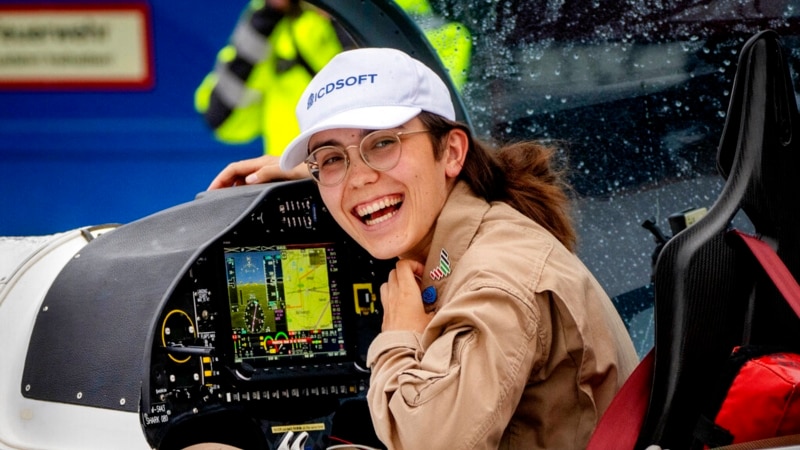 A 19-year-old British-Belgian pilot landed her plane on Wednesday at an airstrip near Frankfurt, Germany, one stop away from becoming the youngest woman to fly around the world solo.

Zara Rutherford told reporters she wanted to “sleep for a week” after she climbed out of the single-seat Shark ultralight aircraft at Egelsbach airfield a few kilometers from Frankfurt. If all goes as planned, Rutherford will land Thursday in Kortrijk, Belgium, where her journey began August 18.

The nearly 51,500-kilometer journey took her across the Atlantic Ocean, over Iceland and Greenland, and into New York City. Down the U.S. East Coast and the details ⇒