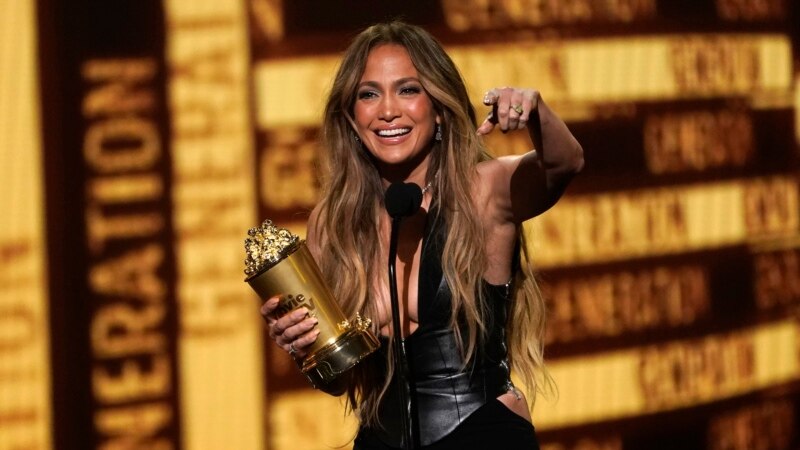 Jennifer Lopez made an emotional speech about how believers and skeptics contributed to her success as she accepted a career achievement honor at the MTV Movie & TV Awards on Sunday.

“I want to thank the people who gave me joy and the ones who broke my heart — the ones who were true and the ones who lied to me,” said Lopez, who nabbed this year’s Generation Award for actors whose diverse contributions have made them household names. She also took home best song — a new category — for the track “On My Way” from the “Marry Me” soundtrack.