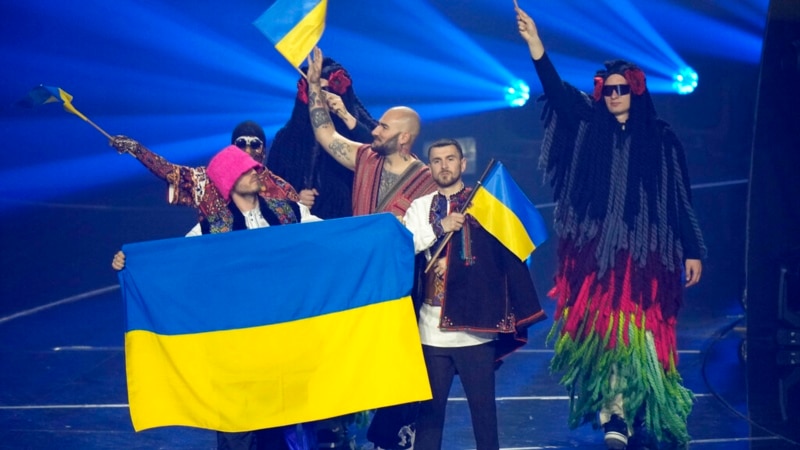 Ukrainian band Kalush Orchestra won the Eurovision Song Contest in the early hours of Sunday in a clear show of support for the war-ravaged nation.

The six-man band that mixes traditional folk melodies and contemporary hip hop in a purposeful defense of Ukrainian culture was the sentimental and bookmakers’ favorite among the 25 bands and performers competing in the grand finale. The public vote from home was decisive in securing their victory.