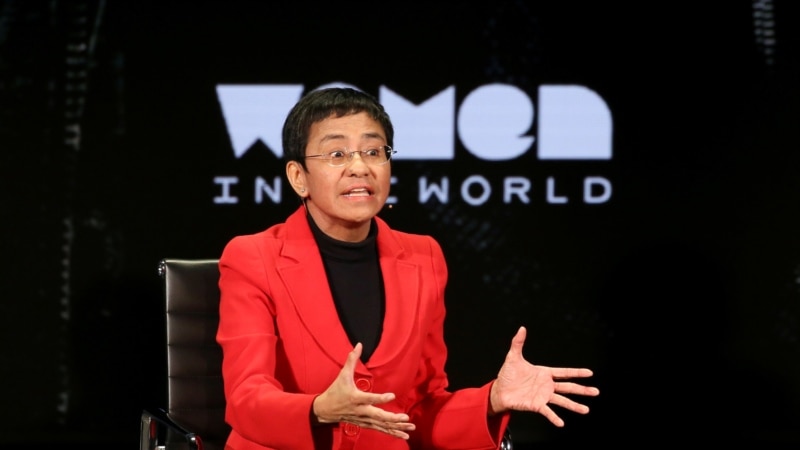 The Norwegian Nobel Committee Friday awarded the Nobel Peace Prize to journalists Maria Ressa of the Philippines and Dmitry Muratov of Russia “for their efforts to safeguard freedom of expression, which is a precondition for democracy and lasting peace.”

At a ceremony in Oslo, Norwegian Nobel Committee Chair Berit Reiss-Andersen announced the winners, saying, “Ms. Ressa and Mr. Muratov are receiving the Peace Prize for their courageous fight for freedom of expression in the Philippines and in Russia.”

In a statement, the committee said Philippine journalist Maria Ressa is being recognized for her fearless use of freedom of expression to expose abuse details ⇒