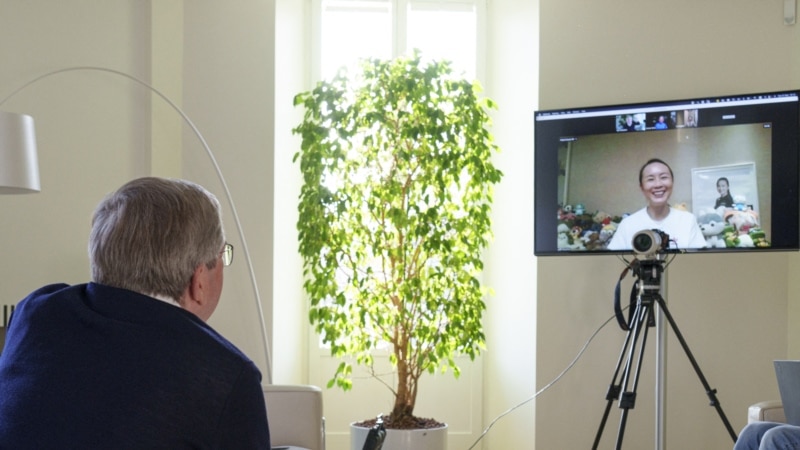 In a video posted Sunday on the website of the Singapore-based Chinese-language newspaper Lianhe Zaobao, Peng told the interviewer she has “never said or written anything accusing anyone of sexually assaulting me,” a point she said she needed “to emphasize…very clearly.”

Peng said in the interview that her initial post on the social media site Weibo was “a private matter” and told the interviewer she was able to move about freely.

The newspaper said the video was taken Sunday in Shanghai, details ⇒